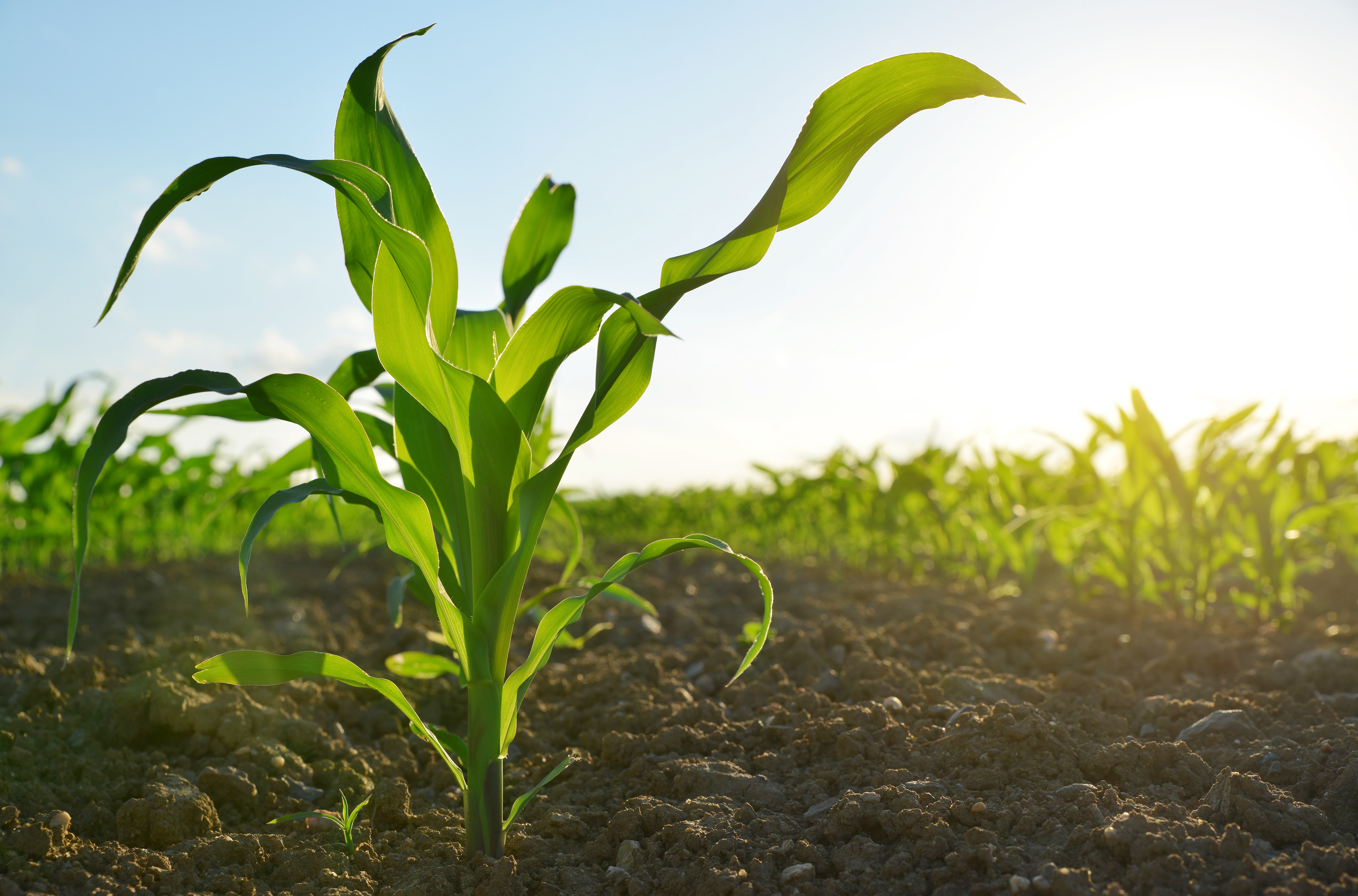 As we move past the July 4th holiday into the rest of summer, thoughts shift to mid- and late-season foliars. The same technology that is employed in conventional agriculture can be used in organic production to pull a crop out of a slump or to add extra bushels to make a good crop great!

Nitrogen is managed differently in organics versus conventional production. Manure, cover crops, and rotation are relied on as primary sources of nitrogen and often require early-season termination of cover crops or fall application of manure. Soil structure, soil microbial processes, and Mother Nature’s cooperation are then called upon to help mineralize these nitrogen sources to become plant-available.

In challenging early summer growing conditions, nitrogen deficiency may present itself in a few different ways. Nitrogen can leach from manure due to excessive moisture, which is an issue when combined with inadequate soil structure. Additionally, N credit from some cover crops that are turned under, such as medium red clover ahead of corn, release approximately 50% of the nitrogen in the first month after incorporation.

A deficiency can be diagnosed with a pre-side-dress nitrogen test (PSNT) or tissue sample, the cost of which is an extremely beneficial investment in organics due to the higher cost of nitrogen/lb compared to costs of conventional forms of nitrogen. Effective timing for nitrogen in corn is also key. The highest N need occurs between V10 and VT (see figure 1). If a farmer is still able to get into the corn before canopy closure with a side-dress unit, or come in with Y-drops, a high boy, or fly on additional nitrogen prior to VT, the additional application will pay off, especially if an N deficiency has been confirmed.

Figure 1: This chart shows that ration of nitrogen based on the stages of growth.

There are several options for adding nitrogen to a growing crop. Dry pelletized products like pelletized feather meals and pelletized chicken manures can be applied. Chilean nitrate can be solubilized into a liquid solution. I recommend stabilizing any organic liquid nitrogen with carbon in order to increase nitrogen efficiency. Humic DG™ and K-Mate™ SG are two forms of OMRI-approved humic acid distributed by The Andersons. Liquid fish is also a worthwhile liquid nitrogen option, though I caution a farmer to do adequate research to ensure quality so that the fish does not clog equipment.

Please reach out to me if you have questions about nitrogen in organic corn, or have other questions regarding transitioning to organic. We can be reached at png@andersonsinc.com